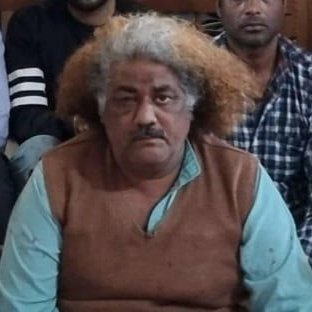 Baghpat, 23/2: A fight broke out between chaat sellers in Uttar Pradesh’s Baghpat and it went viral.

Harinder, the man at the center of the brawl revealed what went down. He claims to have a 40-year-old establishment, stood out among the eight men arrested after the fight. Nicknamed “chacha“, he told news agency ANI that he had suffered because of his rivals over the past few days.

“They kept drawing my customers away…they kept telling them to come to our shop, his food is last night’s…The customers would return my chaat,” Harinder complained.

“They did this four or five times”. He made these remarks before his arrest.

#WATCH Baghpat: Clash breaks out between two groups of 'chaat' shopkeepers over the issue of attracting customers to their respective shops, in Baraut. Police say, "Eight people arrested, action is being taken. There is no law & order situation there."

#WATCH | The man seen in the viral Baghpat brawl clip explains reason for the fight. The man is now in jail, this interview is from last night pic.twitter.com/PII1Rb5OvX

The fight at a popular market in town continued for about 20 minutes before it broke up. The video, recorded possibly by a bystander, soon emerged on social media and went viral.

A dozen were injured, the Baghpat police said in a statement after making arrests. “Two chaat shop owners clashed with each other in Baraut over getting more customers to their stall. Eight people have been arrested from both sides,” police officer MS Rawat said.