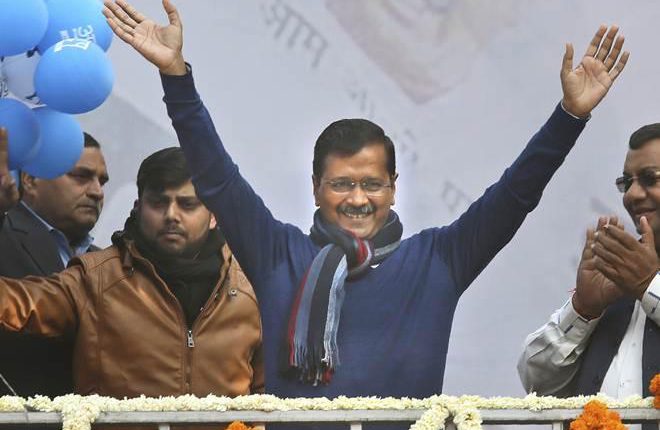 New Delhi, 16/2: AAP national convenor Arvind Kejriwal took oath as the chief minister of Delhi for the third time. Manish Sisodia, Satyendra Jain, Kailash Gehlot took oath as ministers. Everybody expected Raghav Chaddha and Atishi to be included in the cabinet but both are excluded from the cabinet.

Delhi Lt Governor Anil Baijal administered the oath. In the recently concluded elections, the Aam Aadmi Party (AAP) won 62 out of 70 seats in the assembly.