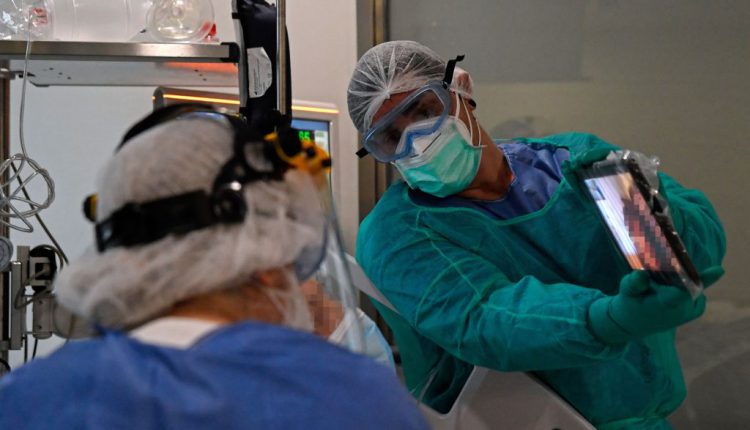 New Delhi, 3/5: Big news has come out from the prestigious All India Institute of Medical Sciences (AIIMS) located in the country’s capital Delhi. 22 health care staff working in the hospital have been found to be Coronavirus positive. After this, more than 100 guards deployed in AIIMS have been quarantined. This is not the first case of health workers working in hospitals in Delhi coming to Corona positive. Earlier, doctors and health care workers posted at Safdarjung Hospital, Babu Jagjivan Ram Hospital, Ambedkar Hospital, Cancer Institute etc. have been found to be Corona positive.

Earlier, apart from a doctor at Hindu Rao Hospital, a postgraduate student at Kasturba Hospital was reported to have been infected with the coronavirus. The officials gave this information on Saturday. In the last week, two nurses of the hospital have also been confirmed to be infected. After a nurse was found infected, samples from 78 others, including the doctor, were sent for examination. The North Delhi Municipal Corporation operates it. After getting a postgraduate student at Kasturba Hospital Corona infected, the number of students suffering from infection has been increased to two.

Resident doctor and his pregnant wife were found positive
A resident doctor of AIIMS, Delhi has been caught by this dangerous virus. The pregnant wife of this doctor who was found corona infected last month was also found to be corona positive. The doctor’s wife also gave birth to the child a few days later. The resident doctor was posted in the Psychology Department of AIIMS.

10 ways to Come back from failure