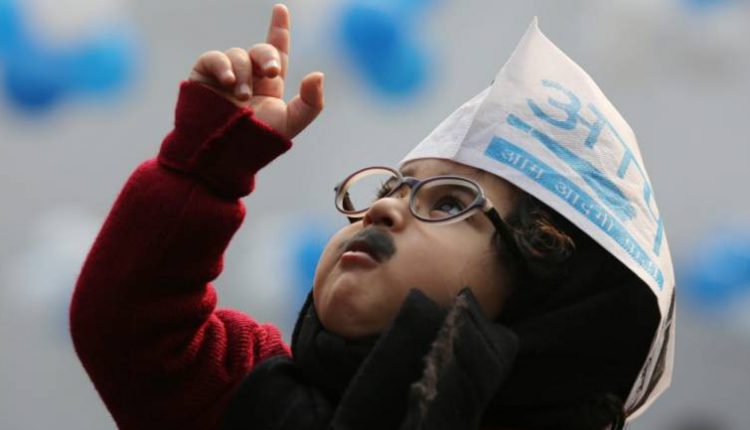 New Delhi,13/2: The little kid whose “Mufflerman” look took the internet by storm has been invited to the oath-taking ceremony of CM designate Arvind Kejriwal on 16th February as a special guest. AAP called him the mini version of “Mufflerman”.AAP supremo Arvind Kejriwal will take oath as the chief minister in a grand public ceremony on February 16 at the Ramlila Maidan.

Baby Mufflerman is invited to the swearing in ceremony of @ArvindKejriwal on 16th Feb.