BJP will not move back an inch on CAA: Amit Shah 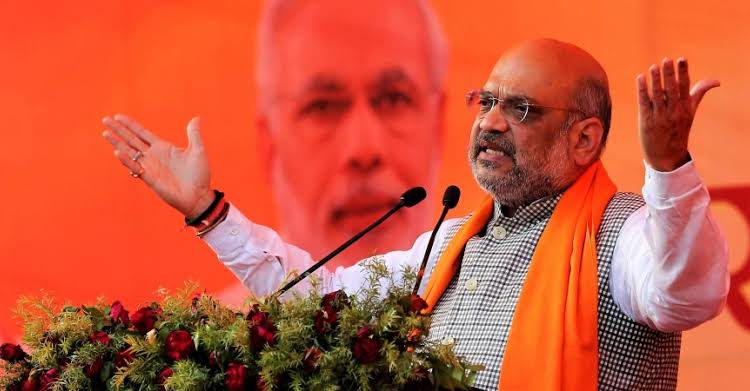 Jodhpur, 3/1: Addressing the crowd in a rally in support of the Citizenship Act, Union Home Minister Amit Shah said that BJP will not move back an inch on CAA. BJP will remain adamant on its stance over CAA amidst the nationwide protest against the controversial act. He also mocked about Congress leader Rahul Gandhi’s stance against CAA that if he was not able to comprehend the bill, Shah can send him an Italian translation of the act. And blamed Congress of playing vote bank politics. He also challenged the opposition parties like TMC, AAP, BSP, SP to prove that the law is against the minorities. He also added that people can show their support to CAA by dialing 88662-88662.