China has once again shown that no matter what happens, it won't stop with its expansionistic ideology as pictures of China setting up a new village in Bhutan, only 9kilometers away from the Doklam site where India and China clashed in 2017. 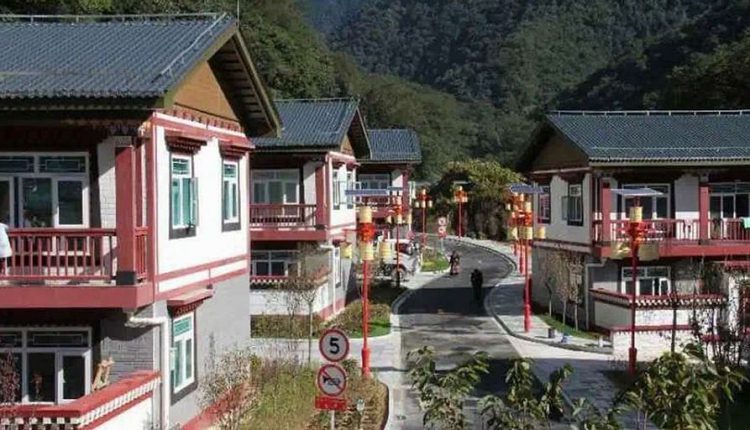 New Delhi, 20/11: China was once again caught red-handed as one of its journalists posted a few snaps of the new village setup in Bhutan, only 9kilometeres from the site in Doklam where armies of India and China clashed in 2017. A journalist from China’s CGTN News, Shen Shiwi posted pictures of the alleged establishment in an attempt to report the new projects that China had completed. However, soon enough, he had to delete his posts, as the world came to know that this new establishment of the Chinese Government was inside Bhutan’s borders. As the controversy escalated, Shen had to delete the posts as it exposed China’s wicked expansionistic propaganda. The area where China had set up the new village was only 9kilometeres from the site in Doklam where Indian and Chinese armies clashed in 2017.

China’s setup of the new village has caused a major concern for the Indian authorities as the new roads provide the Chinese with easy and quick access to the famous “Chicken Neck” or the Siliguri Corridor. This area of Doklam is very important as it serves as a junction to India, China, and Bhutan, and China already has a road there. If China somehow gains access to the “Chicken Neck”, then it can easily isolate India’s north-eastern states from the country.

China, as of November 2020, has become the largest land-mafia in the entire world. It has acquired 38,000sq. km of Aksai Chin from India. It also has acquired many areas in Nepal and has been claiming that many areas of Bhutan belong to China for years now. China has also acquired 1.60sq. km of Russia as well. It has also been asserting claims on the land of Cambodia and Mongolia as well. China has also been involved in disputes with Vietnam, Singapore, Indonesia, and the Philippines in the South China Sea and with Japan in the East China Sea.