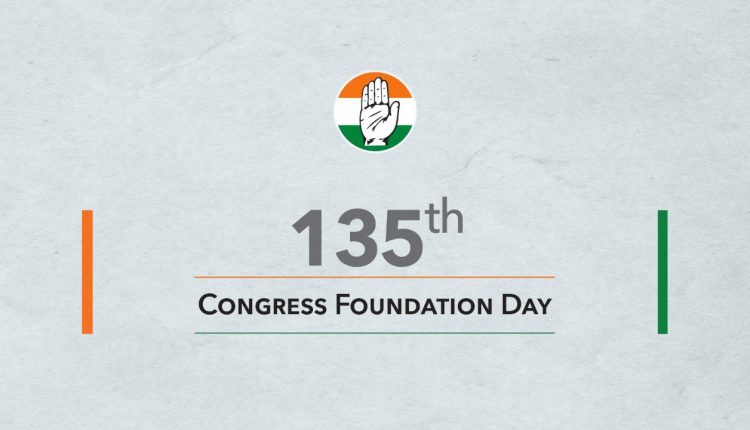 New Delhi, 28/12: The Indian Nation Congress (INC) celebrates its 135th Foundation Day today. Congress official twitter account tweeted that for Congress party Nation comes first before anything else and sacrifice for the nation stands above all else for  Congress party .

Sacrifice for the nation stands above all else for the Congress party. From the time of our foundation, through the Indian independence movement & for all the days to come, India comes first.#CongressFoundationDay pic.twitter.com/jiw5DPOWoE