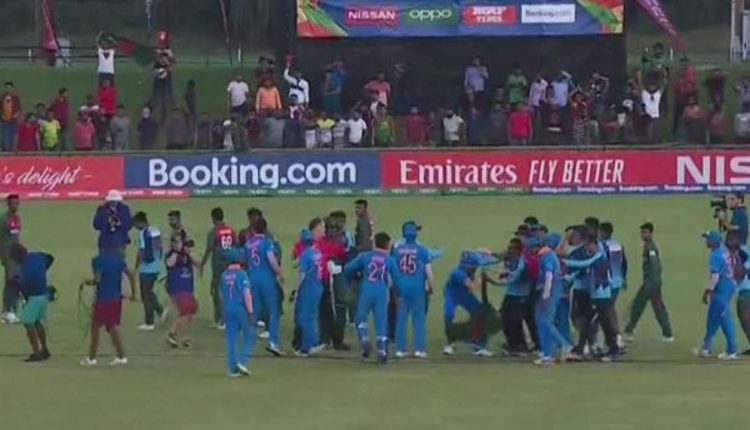 Dubai, 11/2: The U19 World Cup final ended on a bad note after the Indian and Bangladesh lads were involved in an altercation moments after the match ended.

The incident took place after Bangladesh claimed their maiden ICC trophy with a three-wicket victory on the DLS method.

Towhid Hridoy, Shamim Hossain and Rakibul Hasan of Bangladesh who struck the winning runs, were all found guilty of a Level 3 breach of the ICC Code of Conduct, while Indians Akash Singh and Ravi Bishnoi were also sanctioned.

Hridoy, Hossain and Singh were all handed six demerit points, with Rakibul and Bishnoi have given five for the post-match incidents.