India U19 sets a target of 234 against Australia 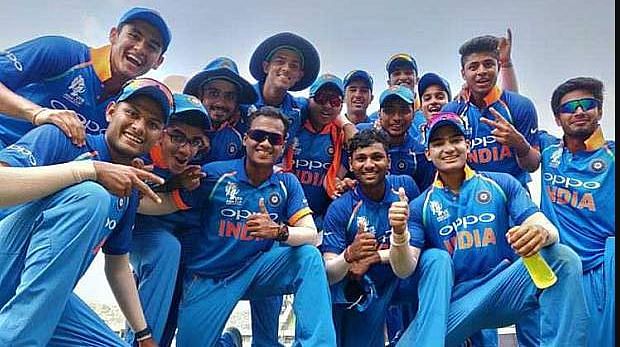 Senwas Park, 28/1: Riding on star opener Yashasvi Yashwal’s 62 and Atharva Ankolekar’s brilliant 55 of 54 balls India managed to set a competitive target of 234 against Australia Under 19 team in the quarterfinal of Men’s Under 19 World Cup 2020 in Senwas Park.

India had had a disastrous start with opener Divyansh Saxena and star batsman Tilak Verma and captain Priyam Garg falling cheaply. But Yashasvi and Atharva helped the Indian team to reach a respectable total. All the Aussies bowler bowled superbly to restrict India within a sub-par score. It up to Indian bowlers to defend the target.