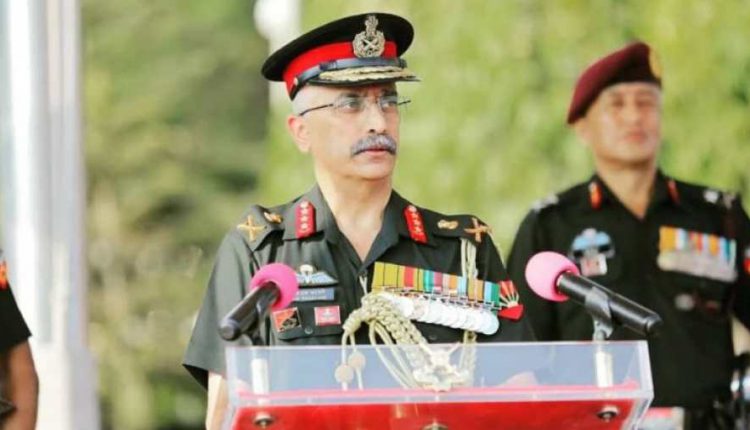 New Delhi,31/12: Lieutenant General Manoj Mukund Naravane will take over as the 28th Chief of Indian Army in the post-independence era on Tuesday. He will replace General Bipin Rawat whose three-year term as Army chief ends on Tuesday.

After Lt. Gen. Naravane takes over as the Army Chief, all the three service Chiefs including Air Force Chief Air Marshal RKS Bhadauria and Navy Chief Admiral Karambir Singh would be from the 56th course of the National Defence Academy.

General Bipin Rawat is appointed as the First Chief of DefenceSstaff of our Country.