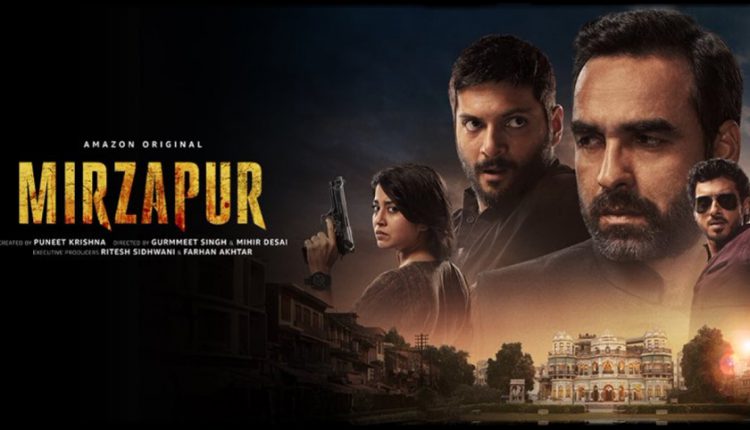 Mumbai, 21/1: Amazon Prime’s web series ‘Mirzapur’ has landed in trouble. The makers of the show were issued a notice by the Supreme Court of India over the allegations of “maligning the image of Uttar Pradesh.” Another Amazon Prime show ‘Tandav’ is battling the legal system, allegedly for ‘hurting religious sentiments’.
A team of UP policemen has reached Mumbai to investigate the case filed by a journalist in Mirzapur town in UP. The Supreme Court also issued a notice to the makers of the series and Amazon Prime on a petition by another resident of the town.

SK Kumar, the petitioner complained to the court that Mirzapur had been portrayed in a bad light in the web series and was shown as a place of terror and illegal activities.