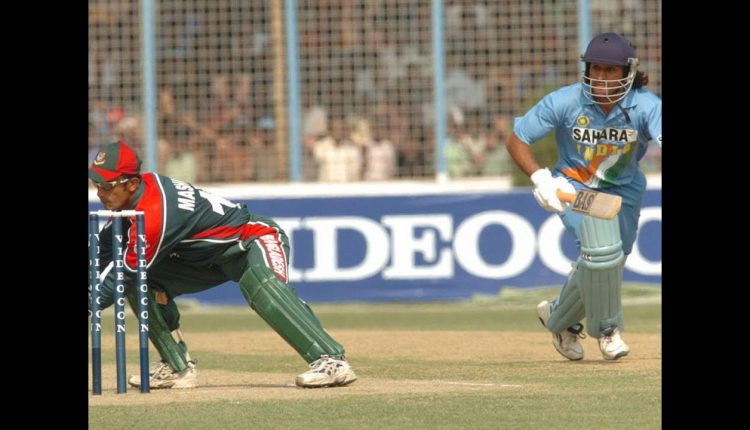 In the early 2000’s when Team India was looking for a wicket-keeper who could bat in limited over format. Captain Saurav Ganguly tried out a bunch of players from Parthiv Patel to Dinesh Karthik to Rahul Dravid but nothing went right. If keeping was good then batting wasn’t and vice-versa. Getting a good keeper-batsman had become a headache for the team.

India was touring Bangladesh in December 2004. The team picked yet another wicket-keeper, this time it was relatively unknown Mahendra Singh Dhoni. A small-town boy from Ranchi with long hair and could smash the ball a long way.

Dhoni made his debut on December 23, 2004. He walks into bat in the 42nd over with the score 180/5, Bangladeshi spinner Mohammed Rafique comes into bowl, and Dhoni in his quest to open his account gets run-out first ball. What a bad start for a debutant! A glorious career that was about to come in a few years begins in a disastrous manner.

Dhoni made his debut 16 years ago today and little that we knew that he would go on to become a legend. Dhoni gave glimpses of his greatness in his 5th ODI where he smashed the Pakistani bowlers to all parts of the ground. Many more knocks followed over a career that spanned 15 years. And who could forget his lightning stumping, things that only Dhoni could do.

MS played his last International match in June 2019 and incidentally got run-out there also. It’s been more than a year since he played for India but the team is still figuring out who would be Dhoni’s ideal replacement!