NDA: All it Takes to Forge a Career in Defence 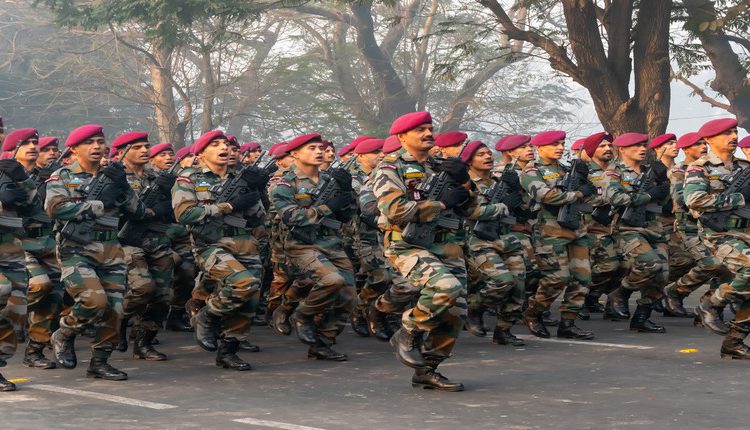 NDA (National Defence Academy) is an institution known for generating leaders by honing the burning desire to serve the country. NDA fabricates the path for students to follow their dream of being a cadet and conquer a post in one of the three wings of the defense forces i.e The Army, The Navy and The Airforce in India. NDA ignites sentiments of “service before self” inside cadets. This is the only academy in India, which provides joint training for the cadets of three services, the Navy, the Army, and the Airforce. After successful completion of training, cadets join their respective chosen services.

Most Indian youngsters in schools cradle a dream of achieving this honour to serve the country and want to be a part of the pride. NDA is one of the best platforms which endows opportunities to aspirants for getting the best education and training for stepping ahead on the road towards their destiny. It takes a huge amount of hard work to prepare and qualify for the NDA entrance exam. A student who has a real burning desire for NDA only can transform his dream into a reality because a student needs to be mentally as well as physically tough to accept the challenge. Serious aspirants are quick to collect information about NDA notification, NDA admit card, NDA exam pattern etc. so that they can get more time to prepare appropriately.

Some subsidiary points for NDA aspirants are as follows:-

Exam Structure: Acquiring exam pattern information and creating a plan of action for qualifying the NDA exam could be considered as the first step towards the gate of the academy. It could be deemed that the exam pattern is echeloned into two sections, i.e. written test and SSB interview. The written exam is organized in offline mode and can further be classified into two parts.

Mathematics: The first one is mathematics, which incorporates 120 Objective types i.e Multiple Choice Questions with 2.5 marks assigned for each question to be attempted within 2 hours and 30 minutes. The NDA exam pattern has the provision of negative marking and according to that for each wrong answer, there is a penalty of 0.83 marks. This section is conducted in bilingual mode.

GAT (General Ability Test): The second section of the NDA exam is the General Ability Test that consists of a total of 150 objective type questions in which English section contains 50 questions and General knowledge comprises 100 MCQ’s. In association with this, each question carries 4 marks for the right answer and 1.33 marks for each wrong answer. This section is conducted for 2 hours and 30 minutes time period and General knowledge fragment can be an attempt in both Hindi and English language.

Study Structure:-  One of the vital sections of any college entrance exam or Government recruitment exam is the syllabus of the exam. So it is very essential to understand the syllabus properly and prepare each section sincerely. The distribution of NDA syllabus is classified  as:

Mathematics: This section is incorporated for checking the calculative skills and it is mainly divided into segments such as Algebra, Trigonometry, Matrices and Determinants, Analytical Geometry Of  Dimensions, Differential Equations, Vector Algebra, Statistics, Integral Calculus and Probability etc.

Some Additional Perks that an NDA cadet gets are as below:-