Nominations have been filed by senior BJP leader Vijay Kumar Sinha, on behalf of the NDA, and Awadh Bihari Chaudhary of RJD on behalf of the Grand Alliance. The election is scheduled to be held on Wednesday. 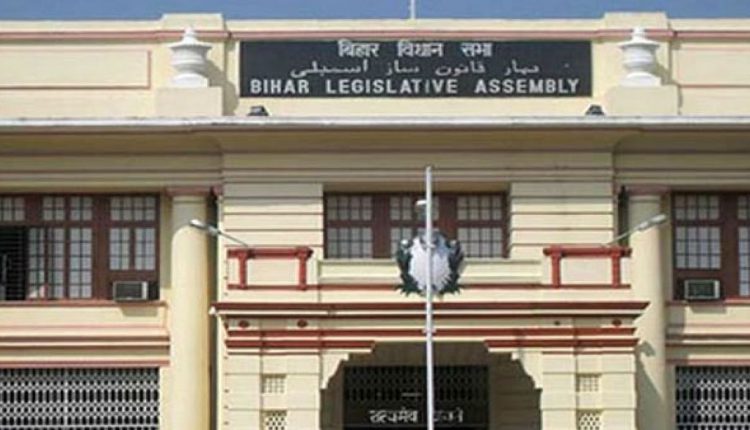 Patna, 24/11: Bihar assembly is going to hold its first show of strength as both the alliances, the National Democratic Alliance(NDA) and the Grand Alliance are going to compete for the Bihar Assembly Speaker’s post. Bhartiya Janata Party(BJP) of camp NDA has nominated their senior leader, Vijay Kumar Sinha as their candidate while Awadh Bihar Chaudhary of Rashtriya Janata Dal(RJD) has been nominated as the candidate representing the Grand Alliance.

“We have made the first move. Our candidate filed his nomination papers much before the NDA decided its nominee. I am hopeful that our nominee will win”, answered the de facto leader of RJD, Tejaswi Yadav, right after Awadh Bihar Chaudhary filed his nomination. Yadav pointed out that their candidate, Awadh Bihar Chaudhary is a fifth term MLA, a member of the house since the s and is well-versed in the proceedings of the house, and has an excellent command over the language.

Vijay Kumar Sinha, who was a minister in the previous Nitish Kumar government, profusely thanked Prime Minister Narendra Modi and Union Home Minister Amit Shah “for reposing trust in me and demonstrating, yet again, that in the BJP an ordinary worker can scale great heights”.

NDA: All it Takes to Forge a Career in Defence