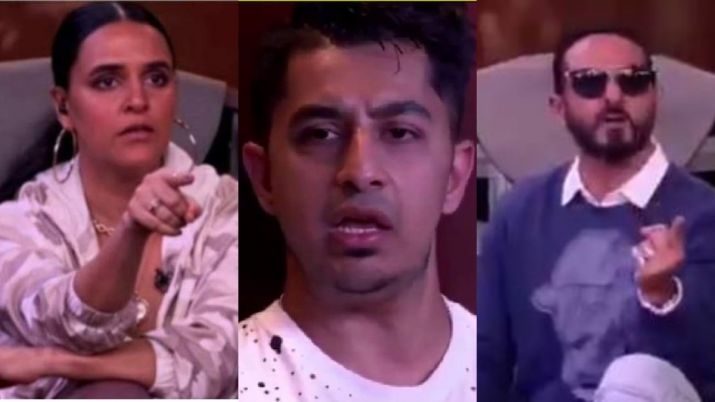 Mumbai, 13/3:Bollywood actress Neha Dhupia is known for her cool style. She expresses her opinion with impunity, but this time her opinion has overshadowed her and she has to be trolled on social media. Neha is seen as a judge on MTV Roadies these days and during an audition, she cheated in love and told a contestant that people started trolling her.

Actually, something happened that during the audition, a contestant told that when he was told that his girlfriend had affair with five other people besides him, he called his girlfriend in front of the five boys and slapped her. There was a lot of anger on this and said that what you are saying, not that you slapped your girlfriend, you are completely wrong. Listen, this is my choice, who gave you this right that you slap a girl. Making five boyfriends is the girl’s own choice. After this, let us teach you how the reaction…

Actually i have 5 other GF's and for that my first GF slapped me. Ma'am @NehaDhupia can you please tell her it's (his) choice. #CHOICE #NehaDhupia

#NehaDhupia
Presenting #feminist @NehaDhupia
And not expect from you @rannvijaysingha #genderequity pic.twitter.com/HockmjsjAO