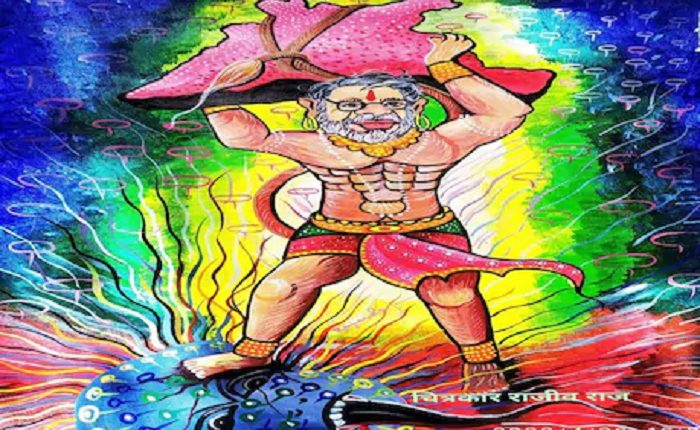 Prime Minister Narendra Modi is one of the most popular leaders in the world. His list of fans is very long. Recently, a data was released about Facebook, which stated that the Indian Prime Minister is the world’s most popular leader with 4.5 crore likes on this social site. His popularity is also evident from the fact that the entire country has been in lockdown for more than 40 days on one of his calls. One of such admirers of PM Modi is also a painter of Purnia, who has tried to present him in a special way.

A few years ago Angry Hanuman’s concept became very popular in the country and abroad. A similar painter Rajiv Ranjan, a fan of PM Modi, has given a new concept through his painting. He has named his painting ‘Jai Modibali’ to PM Modi. The painting is parallel to the sentiment of Jai Bajrangbali. Not only that, with Rajiv Raj making his own painting of ‘Jai Modibali’,

10 ways to improve your health