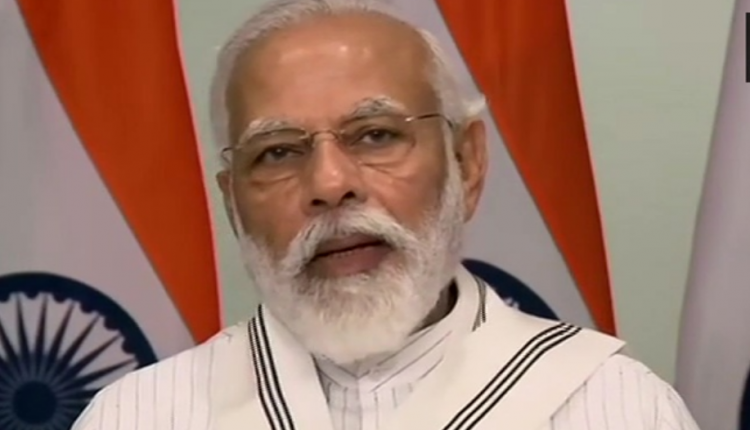 New Delhi, Prime Minister Narendra Modi on Monday gave a gift of about 14 thousand crores to Bihar. PM Modi inaugurated the door-to-door fiber scheme to connect about 46 thousand villages of Bihar with an optical fiber network with 9 highway projects through video conferencing. On this occasion, PM Modi also mentioned the Farm  Bill. The Prime Minister said that this bill has given new freedom to farmers. Now they can sell their crop wherever they want.

Modi said that the new agricultural reforms have given the freedom to every farmer of the country that he can sell his crop, his fruits, and vegetables to anyone, anywhere.
Now if the farmers get more profit in the market, then they will be able to sell their crops there. If there is more profit than anywhere else in the market, selling there will not be prohibited.