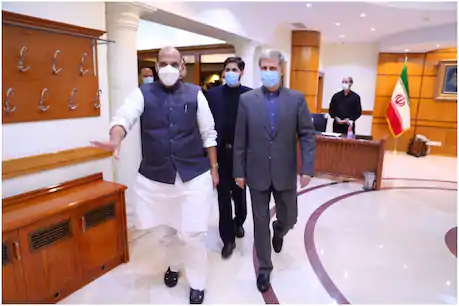 Defense Minister Rajnath Singh on Sunday said that his meeting with Iranian Defense Minister Brigadier General Amir Hatami was very meaningful. During the meeting, issues related to increasing bilateral relations and regional security including Afghanistan were discussed. Rajnath Singh went to Moscow first to attend the meeting of Defense Ministers of the Shanghai Cooperation Organization (SCO). He reached Tehran on Saturday, returning after a trip of three days. He held bilateral talks in Moscow with counterparts in Russian, Chinese, and Central Asian countries.

Alert! Do not do any transaction with this bank, otherwise you will loss money