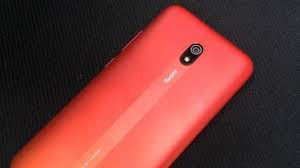 Mumbai, 7/2: Leading mobile manufacturing company Xiaomi has teased its new budget smartphone Redmi 9A. It will be the first smartphone by Redmi in 2020. It will be launched on February 11 as teased by Xiaomi. Xiaomi teased about the “Des Ka Dumdaar” smartphone.

According to sources, the Redmi 9A has also been confirmed to retain the massive 5000mAh battery from the Redmi 8A and chances are that the phone may also get the USB-C port from the Redmi 8A. The rear camera will be upgraded from the single rear setup to a dual-camera setup. There are rumors suggesting that Redmi may be using the same MediaTek Helio G70 chipset in the Redmi 9A and it could start with at least 3GB RAM for the base variant. Another variant could possibly end up getting a 4GB RAM variant as well as 64GB storage.