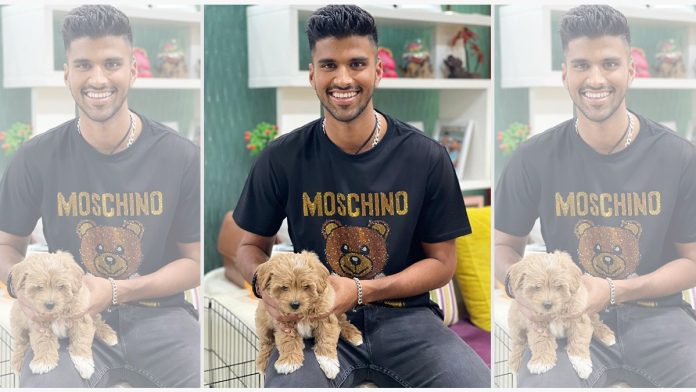 New Delhi, 5/4: India’s star all-rounder Washington Sundar named his dog after the famous cricket ground Gabba in Brisbane, Australia. Sundar has shared a photo of his pet dog on social media. In the caption of this photo, Sundar informed that he has named his dog Gabba.

Sundar has named his dog Gabba. Gabba is the ground on which India defeated Australia in the fourth Test match and won their second consecutive historic series. India was chasing a big target of 328 runs in the second innings in this match. Rishabh Pant, who played a stunning 89-run unbeaten innings, put that Test in India’s bag, after which India won that series 2–1. This was the first victory of any team after 32 years at the Gabba ground over Australia.

Sundar also played an important role in this match. Sundar had scored 62 runs in the first innings. While in the second innings he scored 22 runs off 29 balls and shared a 53-run partnership for the sixth wicket with Rishabh Pant. The special thing is that Sundar made his Test debut in this match. Sundar has shared a photo of his dog on social media. In the caption of this photo, he wrote, ‘Love is a four-legged word. World, meet Gabba!’.