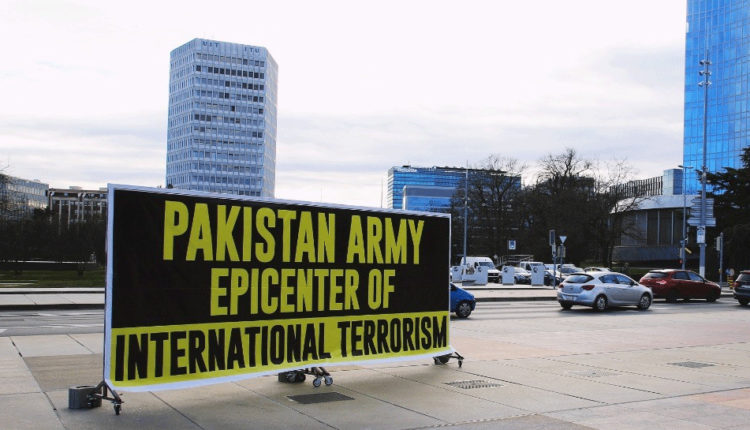 New Delhi, 28/2: A poster titled “Pakistan Army epicenter of International Terrorism” is on display at the Broken Chair in Geneva. The poster was put up by the Pakistan Minority Community during the 43rd session of the UN Human Rights Council in Geneva. They called on the United Nations to take “severe action” against Islamabad for providing support and funding to terrorist organizations.

It may be pointed out here that the North Waziristan region of Pakistan, which borders Afghanistan, is the focal point for local and international terrorist organizations. A network of al-Qaeda and Taliban militants is also active there. The Pakistani government is said to be closely involved in terrorist activities in the region.