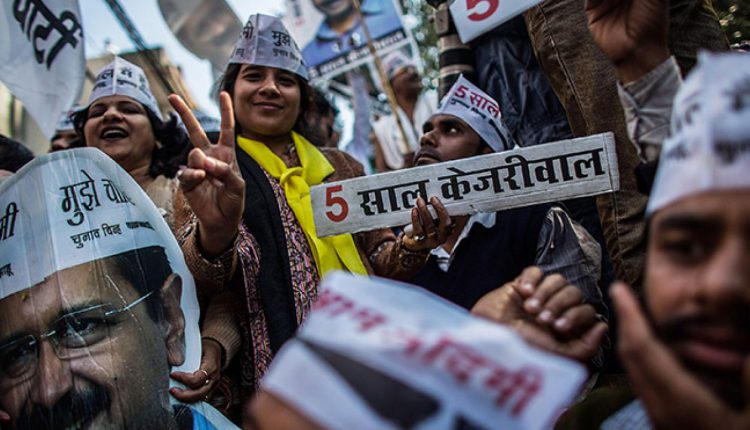 New Delhi, 11/2: Arvind Kejriwal’s Aam Aadmi Party set to return to power with a huge majority. As per the latest election trends,  AAP is leading in 56 seats and BJP is leading in 14 seats. Congress is yet to open its account.

AAP supremo Arvind Kejriwal was leading in the New Delhi seat by 4,300 seats, while his deputy Manish Sisodia from Patparganj seat was ahead by 102 votes. BJP leader Vijender Gupta, who is also the leader of opposition in the Delhi legislative assembly, was trailing by over 1,200 votes from Rohini.