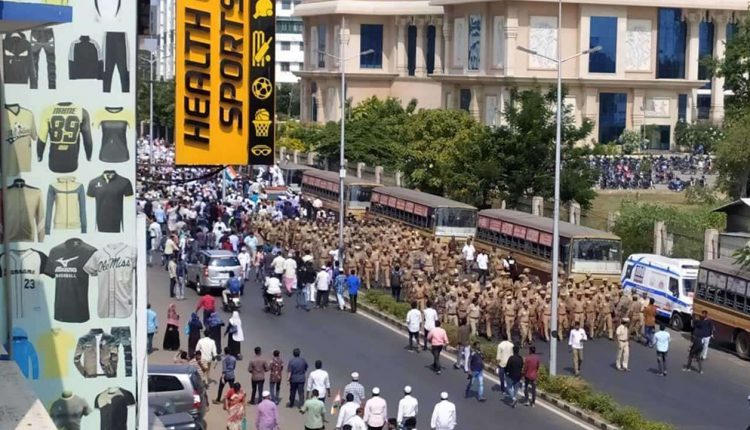 The protest has been called to pressurize the AIADMK government for adopting a resolution in the Tamil Nadu Assembly against CAA, NRC and NPR as done by other non-BJP ruled states.

As an Assembly session is ongoing, the march is being carried amid massive police presence. Barricades have been put in place to cordon off the road towards the Secretariat from Chepauk and riot police have been kept on standby as well.