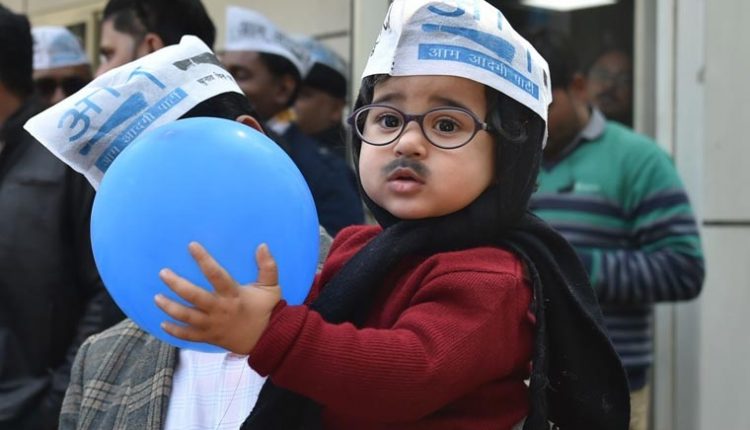 New Delhi, 16/2: Baby Mufflerman who was invited to the oath-taking ceremony of AAP chief Arvind Kejriwal stole the show. The baby is identified as one-year-old Avyaan Tomar. His presence created a stir in social media. Even Raghav Chadha, who is among the youngest lawmakers in the Assembly, took to Twitter to share pictures with the “adorable Baby Mufflerman” and soon the pictures went crazy viral.

The internet’s reactions are in love with his adorable images.