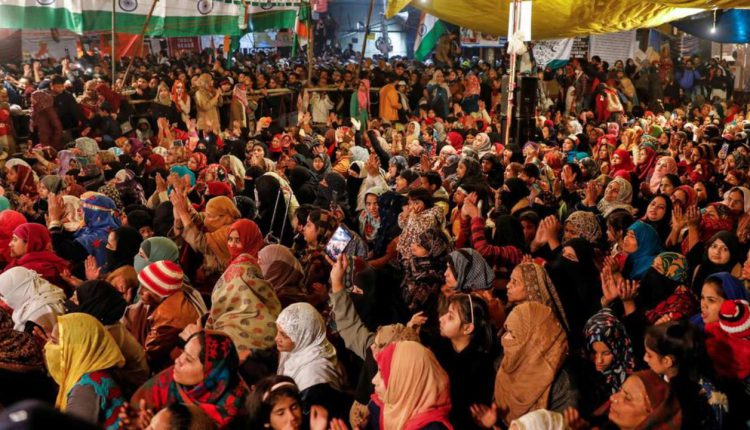 New Delhi, 16/2: Despite no permission given by the Delhi police, the Shaheen Bagh protesters march towards Union Home Minister Amit Shah’s residence against the controversial Citizenship Amendment Act.

RP Meena, DCP South East said, “They(Shaheen Bagh protesters)  told us that they wanted to take out a march (to meet HM) but we told them they cannot as they do not have an appointment call from Union Home Minister. We are talking to them and we hope that they will understand.”

According to reports, more than 5000 protesters march towards the Amit Shah’s residence.