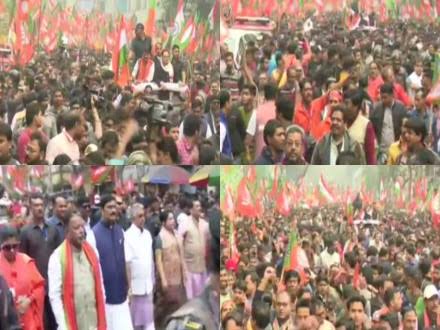 Kolkatta, 23/12:  BJP’s working president JP Nadda took out a massive rally in support of the law in a bid to counter the claims of West Bengal Chief Minister Mamata Banerjee on the Citizenship Amendment Act.

The march started from the Hind Cinema-CR Avenue and will culminate at Shyambazar.

Protests against the Citizenship Amendment Act 2019 have intensified across the country. There have been multiple protests in the country against the act and some turned violent as the protesters vandalized public property. In West Bengal itself, the agitators were involved in destroying public property and clashing with the cops.

CM Mamata Banerjee has maintained that she’ll not allow the implementation of CAA in her state as long as she is in power.