BJP’s Tarkishore Prasad to be the Deputy CM of Bihar

Tarkishore Prasad, BJP's MLA from Katihar, Bihar is elected as the BJP's leader in assembly. Sushil Modi is expected to become Union Minister. 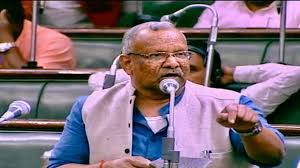