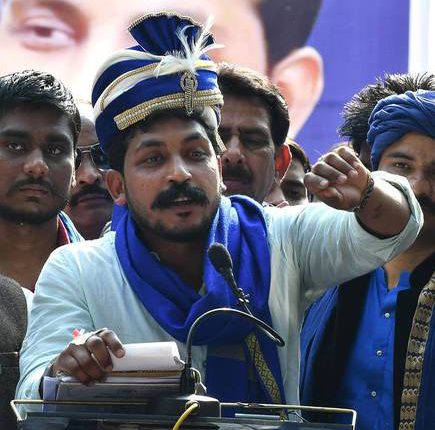 New Delhi,17/1: Bhim Army Chief Chandrasekhar Azad who was out on bail after being arrested in the protest against CAA defied court’s order and joins anti-CAA protests near Jama Masjid.