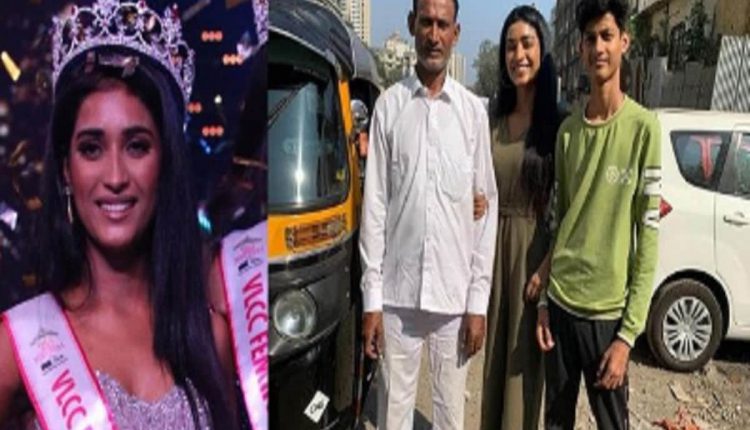 New Delhi, 12/2: Yesterday Telengana’s Manasa Varanasi was crowned Miss India World 2020. Everybody in the country started talking about her. Manya Singh, her co-contestant was crowned the runners up in the beauty pageant contest. The girl from Uttar Pradesh comes from a very humble background and her father is a rickshaw driver.

For Manya, the success was extra sweet after many sleepless nights and years of hard work. She had earlier said that she hoped to inspire others by using the platform provided by Miss India to talk about her journey. 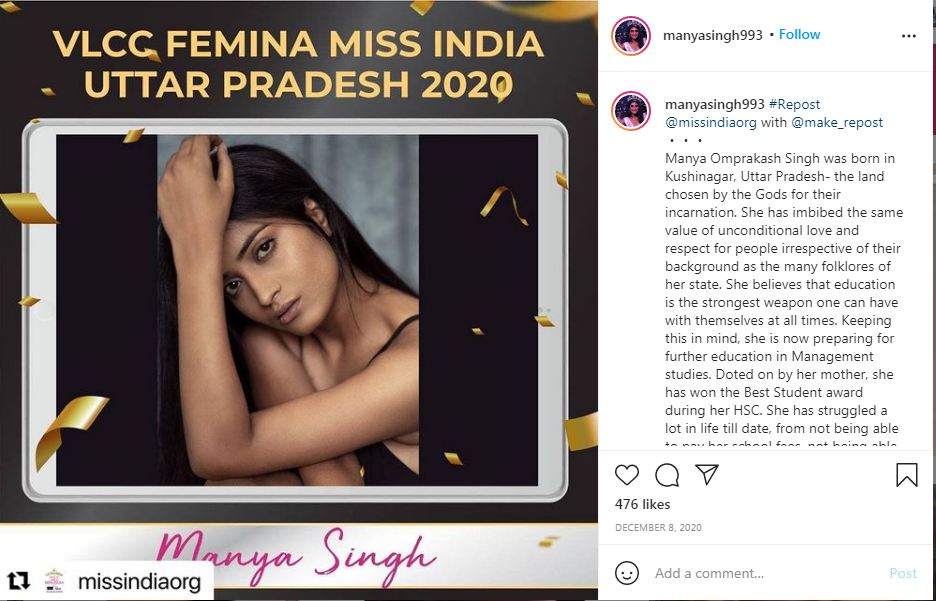 Manya was born in Kushinagar, said in her post that she grew up in tough circumstances, spending nights without food or sleep and walking miles just to save a few rupees. She yearned for books and clothes that were not hand-me-downs, but luck, she says, was never in her favor.

Her parents mortgaged whatever little jewelry they had to pay Manya’s exam fee. “She believes that education is the strongest weapon one can have with themselves at all times,” Miss India said about Manya Singh in a post shared last month.

“Doted on by her mother, she has won the Best Student award during her HSC. She has struggled a lot in life till date, from not being able to pay her school fees, not being able to afford books, and being neglected by her classmates for being an auto driver’s daughter,” the post further revealed.

In her post, Manya said that she studied during the day, washed dishes in the evening, and worked at a call center at night to get by. “I’ve walked hours to reach places so I could save the rickshaw fare,” she said. 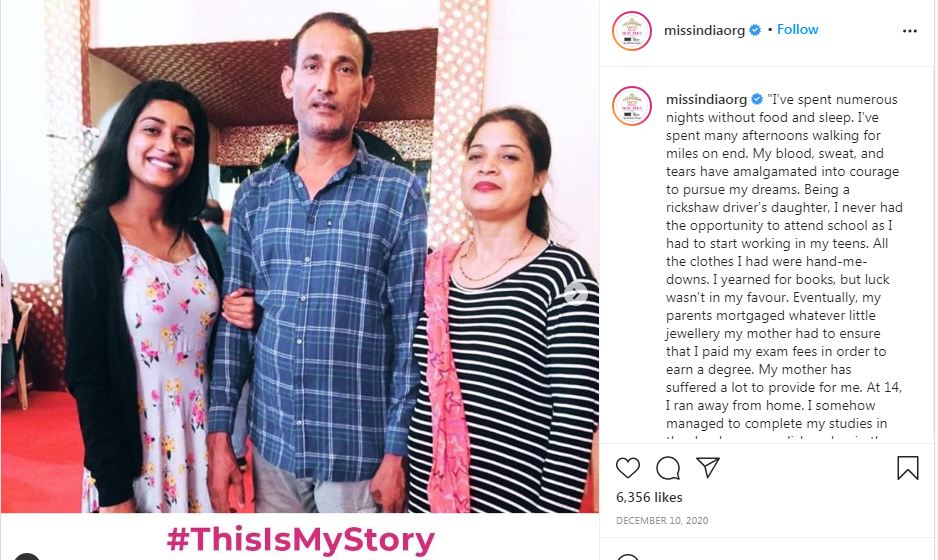 We hope Manya’s story inspires thousands like her. Her success will go down as one of the greatest underdog stories ever.
Share

How did Rinku Sharma die? Failed Business or Religious Rivalry?