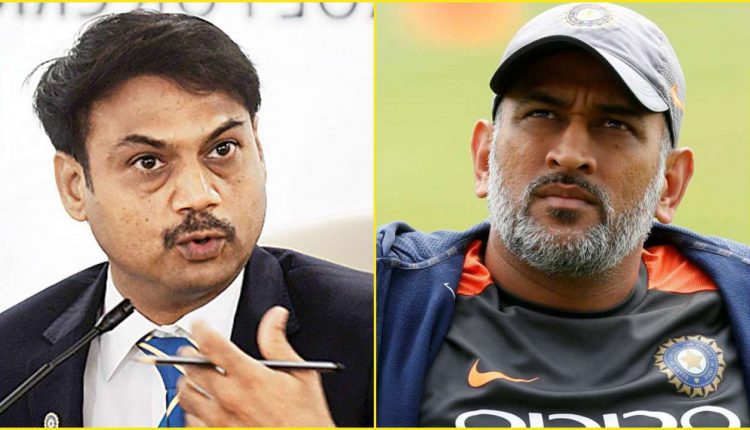 Mumbai,2/5:Since the time the declaration of central contract for Team India by the Board of Control for Cricket in India (BCCI) has been made, the one thing everybody saw was the exclusion of Dhoni.

With inquiries over the wicketkeeper-batsman’s retirement doing the rounds, the choice to exclude him just offered to ascend to more hypotheses.

Be that as it may, in an ongoing meeting, previous BCCI boss selector MSK Prasad communicated his considerations on how Mahi himself needed some time away from the game which is the reason the load up proceeded onward.

“I am very very clear. I made it very very clear. We had a discussion and Mahi didn’t want to play for some time, so we moved on and then picked up Rishabh Pant and we’ve been backing him,” Prasad said.