DMK general secretary K Anbazhagan passes away at 97 in Chennai 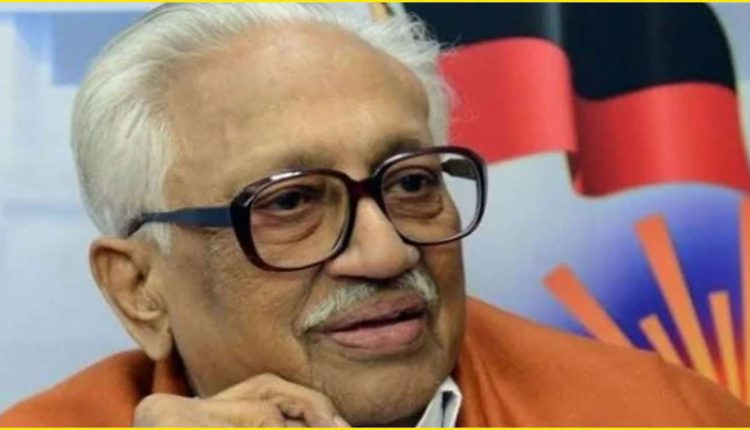 Chennai, 7/3: Kalyanasundaram Anbazhagan, the general secretary of the Dravida Munnetra Kazhagam (DMK) for 43 years, passed away in Chennai on Friday night at the age of 97 due to age-related illnesses, news agencies reported.

He died at 1:05 AM at the city’s Apollo Hospital, where he had been admitted for a while due to prolonged illness. The official cause of Anbazhagan’s death was reported to be multiple organ failure due to his old age. His health had become “extremely critical and unstable” since late last month, several reports confirmed

The DMK general secretary’s last public appearance was on December 19, 2019, following which he had minimized activities and remained out of public sight on account of poor health.