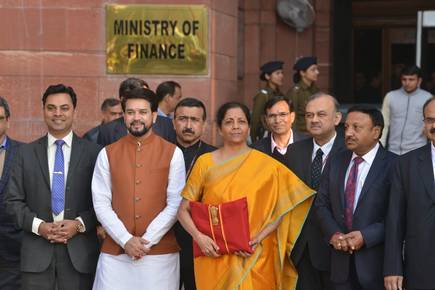 New Delhi,1/2: Finance Minister Nirmala Sitaraman presents the full budget of the second term of the Narendra Modi government. She started with paying tribute to the previous finance minister Arun Jaitley. She also said that this government has added 16lakh new taxpayers. The government has dedicated everything to the country. People believed in this government’s economic policies.GST has benefitted MSME. .Inflation is well contained. Banks are recapitalized. The previous budget boosted the income and purchasing power of people. The central government’s debt has come down to 48.7% in March 2019 from 52.2% in March 2014. The proliferation of technologies such as analytics, machine learning, AI, bioinformatics. The number of people in the productive age group at its highest. India uplifted 271 million people out of poverty. Farm markets need to be liberalized, farming needs to be made more competitive, handholding of farm-based activities need to be provided. Budget 2020 is to boost the income of people and enhance their purchasing power.