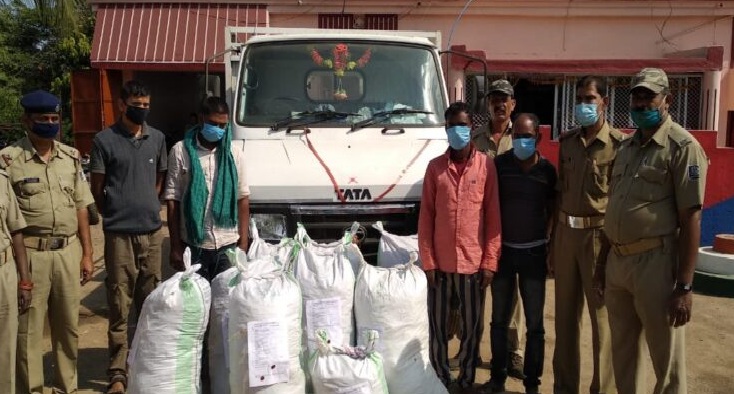 Jeypore, 20/11: In a major success,  the Jeypore police of the Koraput district have seized, Ganja worth Rs 25lakh and arrested four persons in this regard near Patraput bridge in Jeypore of Koraput district.

According to the sources, the cops seized around 257 kg of the contraband item, whose market value is Rs 25 lakh.

After getting a tip, police intercepted a mini truck with no registration number near Patraput bridge and seized the ganja besides apprehending four people from the vehicle. The truck was going towards Jeypore from Lamptaput.