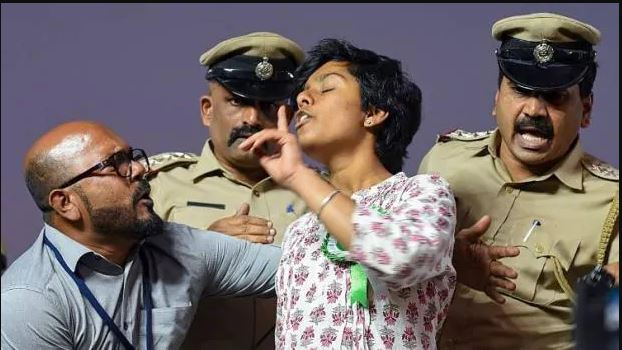 Bengaluru, 21/2: Amulya, the girl who raised slogans of ‘Pakistan zindabad’ during an anti-rally in Bengaluru has been slapped with sedition charges. She has been sent to 14-day judicial custody.

Earlier, she was denied bail by the judicial magistrate.

B Ramesh, DCP Bengaluru (West) told reporters.”We have registered a suo moto case under Section 124A (sedition), 153A and B (promoting enmity between different groups and imputations, assertions prejudicial to national integration). Once formalities are completed, we will produce Amulya before the judicial magistrate,”.