Groom Wears Shorts to his Wedding. Here’s Why! 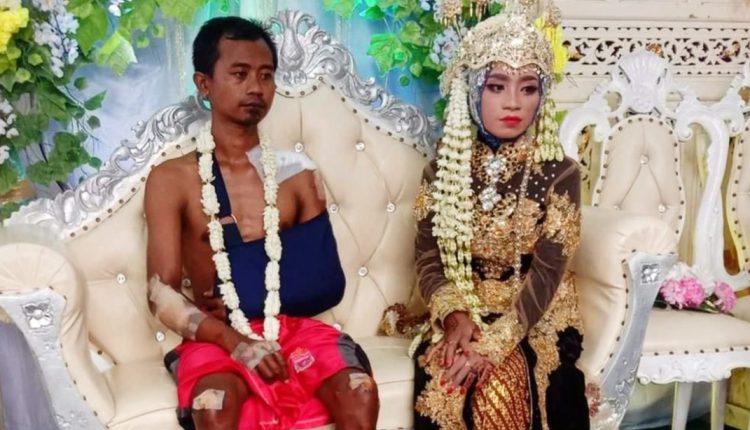 New Delhi, 8/4: Wedding is one of the most important events in a person’s life. Everyone wants to look their best on their wedding day. But here’s a story that will surprise you as it breaks all traditional norms.

Recently, some pictures of a young couple from the East Java region of Indonesia went viral on Twitter, where the groom is seen wearing just a pair of shorts on his wedding day. Surprisingly, the bride is all decked up in traditional Javanese wedding attire

While the bride is seen donning a heavy, traditional Javanese dress, the groom is seen sitting in red shorts, with a sling attached to his right arms, and several parts of his body are seen bandaged.

As per media reports, the bride named Elinda Dwi Kristiani married Suprapto on April 2 at her residence in the Lengkong area, Nganjuk Regency, East Java. Reports suggest just four days prior to their wedding, Suprapto met with an accident. While on his way to buy petrol, he suddenly lost his consciousness and fell off the bike injuring himself gravely.