India struggling at 122/5 against NZ 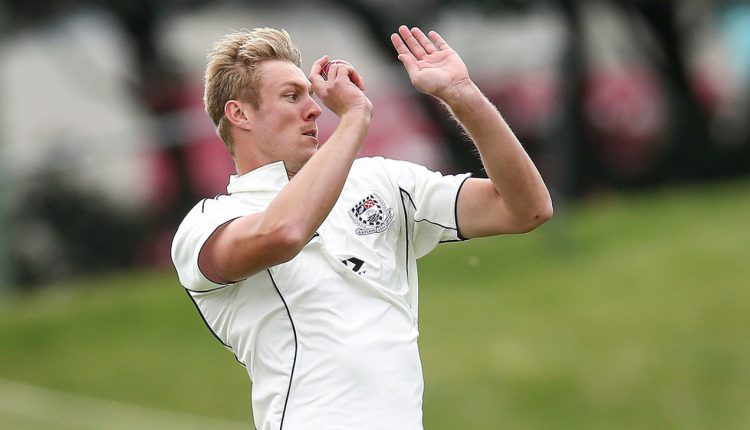 Wellington, 21/2: The day one action of the first Test match between India and New Zealand was brought to an early end by the umpires due to bad weather at Basin Reserve on Friday (February 21).

Openers Mayank Agarwal and Prithvi Shaw failed to give the visitors a free-flowing start as Kiwi pacer Tim Southee struck early for his side.

Southee removed Shaw (16) with an excellent outswinger and India lost their first wicket with just 16 runs on the board.

Things got even worse when Kyle Jamieson came into the attack and dismissed Cheteshwar Pujara (11) and skipper Virat Kohli (2) in back-to-back overs on his Test debut, reducing India to 40/3 after 18 overs bowled.

At lunch, India were 79/3 after 28 overs with Agarwal and Ajinkya Rahane knitting together a decent partnership.

However, as soon as play resumed for the second session, Trent Boult and Jamieson added further misery to an already struggling Indian batting lineup by dismissing Mayank (34) and Hanuma Vihari (7) in consecutive overs.

It was Rahane later on who showed his class and batted with maturity and provided the tourists with much-needed stability.

Ajinkya (38*) formed a decent partnership with Rishabh Pant (10*) to guide India to 122/5 as both sides headed in for the tea break.

However, the weather started deteriorating in Wellington and the ground got hit by heavy rain and the covers were rushed on by the ground staff.