In 2018, Isabelle Kaif was supposed to make her debut with Time to Dance, co-starring Sooraj Pancholi, but the film did not see the light of day 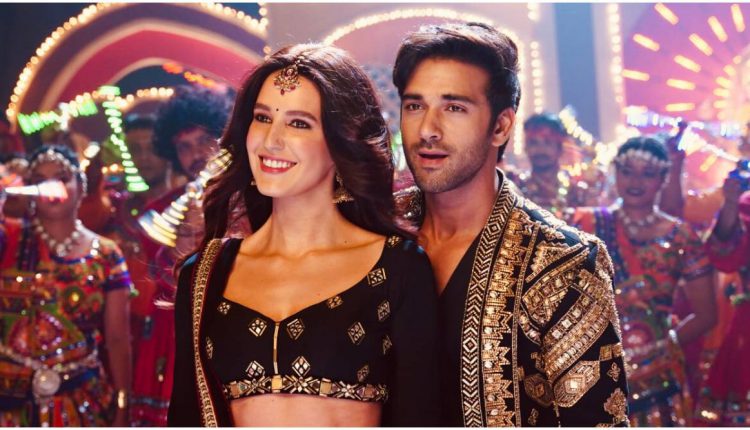 Isabelle Kaif provided a glimpse of her character, Noor, in Suswagatam Khushaamadeed. Dhiraj Kumar’s directorial venture features her as a girl from Agra, alongside Pulkit Samrat. Katrina Kaif’s sister is shooting for the film, which deals with social harmony, in Delhi. In the picture, the youngster looks cute in her suit with a red and gold dupatta. A bunch of bangles and her charming smile enhanced her look. She captioned it, “Hi from Noor with the hashtag #OnSet. 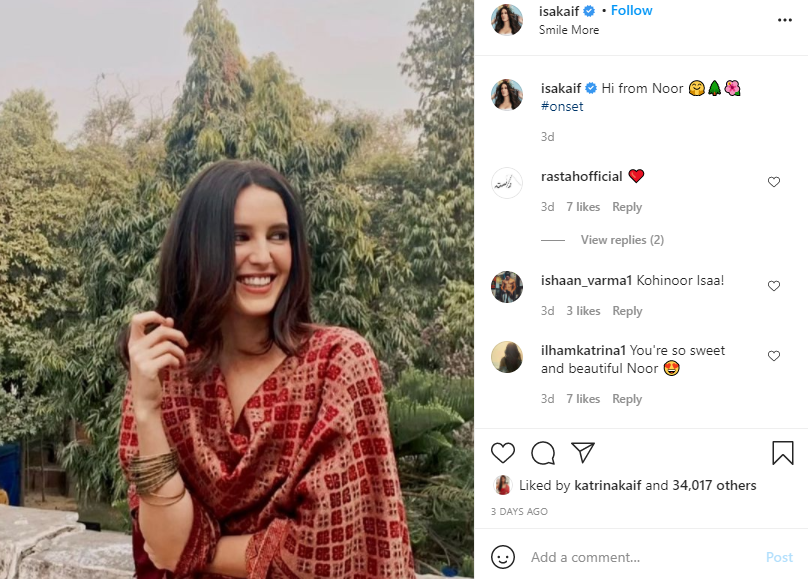 A few days back, Isabelle had shared the first look with actor Pulkit Samrat, and social media could not stop noticing how much she resembles her sister, Bollywood star Katrina Kaif.

Suswagatam Khushaamadeed is being billed as an entertainer with an underlying message on social harmony. It will have Pulkit essaying the role of a Delhi boy, Aman, with Isabelle playing the role of Noor, who hails from Agra.

“Isabelle has brought fresh energy on the set. She’s extremely hard-working and has impressed everyone on the set. She is stunning and brings a streak of innocence to her character. She has left me mesmerized,” Pukit said.

The duo recently shot for a Dandiya Raas number, Ban Piya, for the film choreographed by Ganesh Acharya. The song features Pulkit and Isabelle with 400 background dancers.

“The song is a mix of a Jagrata and dandiya dance and the leading couple has done justice to it.  The two rehearsed for several days, and the romance and the chemistry that comes across on the screen is perfect!”  Acharya said.