Mahatma Gandhi’s statue vandalised in USA, “Khalistani elements” behind it. 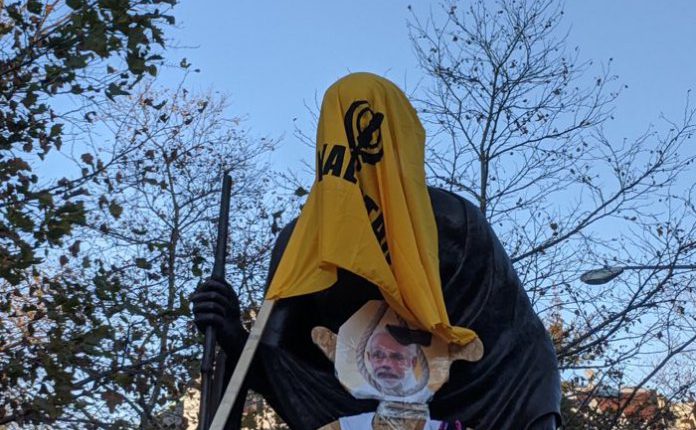 Washington DC, 13/12: “Khalistani elements” during a rally in support of Farmer’s protest have vandalized and defaced a statue of Mahatma Gandhi in front of the Indian Embassy in Washington DC on Saturday.

The statue of Mahatma Gandhi at the Mahatma Gandhi Memorial Plaza in front of the Embassy was defaced by Khalistani elements on December 12, 2020. The Embassy strongly condemns this mischievous act by hooligans masquerading as protesters against the universally respected icon of peace and justice,” a statement from the Indian Embassy said.

This is the second time this year that the Mahatma Gandhi’s statue was defaced. On June 3, during the George Floyd protests, the statue was vandalized by unknown persons.