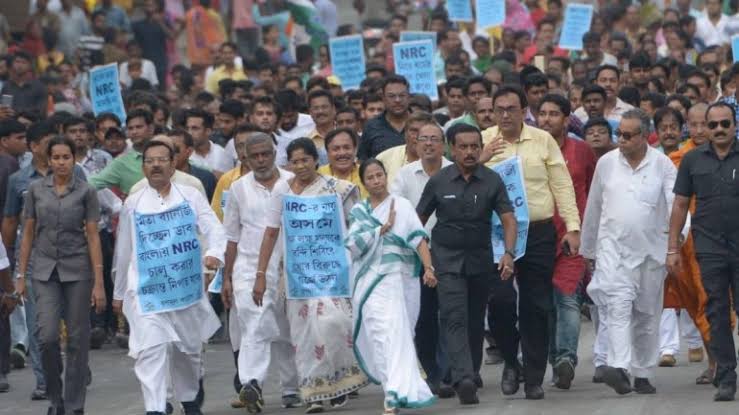 She declared that “If you want to dismiss my government, you can, but I will never allow citizenship law and NRC in Bengal,”

“They thought Mamata is alone. But now so many are with us. If your cause is right, people will come. Remember ekla Chalo re,” She added.

The governor of Bengal expressed his anguish over this matter and tweeted” “I am extremely anguished that CM (chief minister) and Ministers are to spearhead rally against CAA, the law of the land. This is unconstitutional. I call upon CM to desist from this unconstitutional and inflammatory act at this juncture and devote to retrieve the grim situation.”