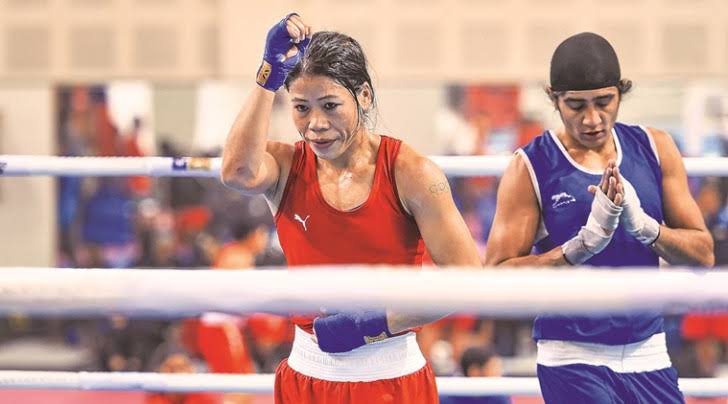 New Delhi,28/12: Six-time  World Champion female boxer Mary Com refused to shake hands with her younger opponent Nikhat Zareen after defeating her 9-1 in a bout to secure a place in the Indian Olympics squad. She justified her action by saying she doesn’t like people with such nature and Nikhat should learn to respect seniors first.

Earlier,  Nikhat Zareen created a row after automatic qualification berth was given to Mary Com in 51 KG category. She argued that a fair chance should be given to her to prove her mettle. Mary Com emerged as victorious and denied to shake hands with her.