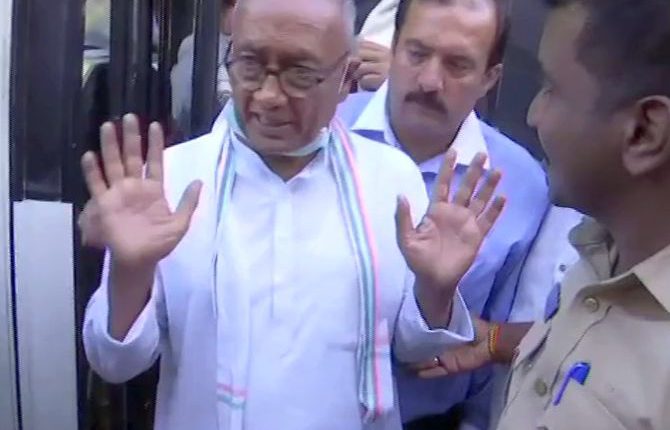 Bengaluru,18/3: Veteran Congress leader Digvijaya Singh and DK Shivkumar were detained by police after they tried to meet the rebel MLA’s in a hotel in Bengaluru. Digvijaya Singh is said to be in a hunger strike against the arrest. Digvijaya Singh said that BJP has abducted the democracy.

Police have detained me, @digvijaya_28 & other INC leaders & are not allowing us to meet @INCMP MLAs who are being held forcefully at a resort by BJP.

BJP is hell bent on destabilizing democratically elected govts. It has strengthened our resolve to fight to save democracy. pic.twitter.com/Bbiy0ZvGkV