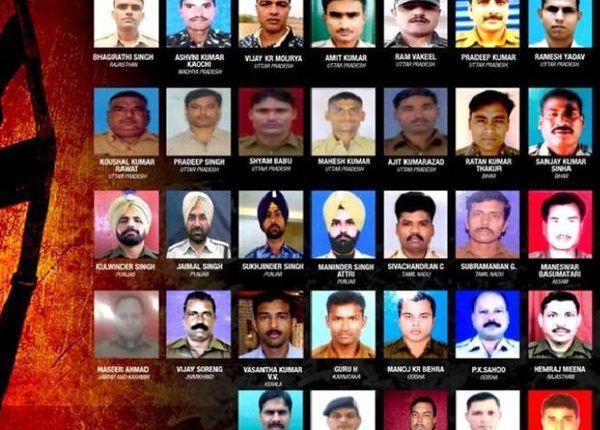 Pulwama, 14/2: February 14 marks anniversary of fatal Pulwama terror attack.40 CRPF jawans were killed in the deadly attack by the terrorists last year. According to top officials, a memorial will be inaugurated at the Lethpora camp on Friday.

Additional Director General of CRPF Zulfiqar Hasan said,” It is a way to pay homage to the brave jawans who lost their lives in the attack.”

The names of all the 40 personnel along with their pictures will be part of the memorial along with the motto of the Central Reserve Police Force (CRPF) — ‘Seva and Nishtha’ (Service and Loyalty).