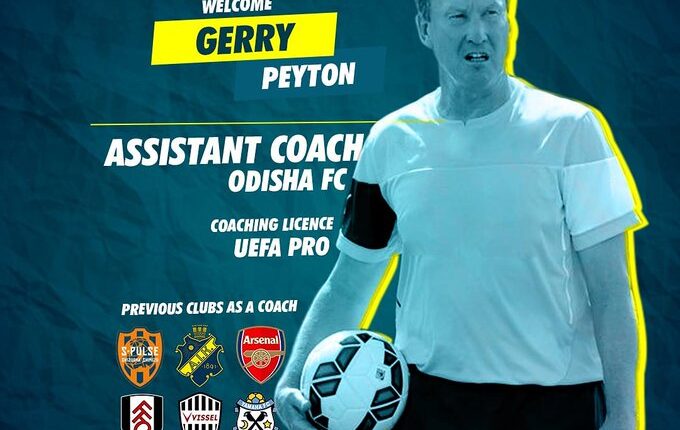 Bhubaneswar,27/6: Bhubaneswar based ISL club roped in Gerry Peyton as Assistant Coach.he played for top Premier League clubs like  West Ham United, Everton, Fulham, and Chelsea and was a member of the coaching teams of Arsenal, Fulham. The 64 years old joined Odisha FC in a 2-year deal. The former goalkeeper of the Irish national team was the assistant manager of the Japanese club Shimizu S-Pulse before joining Odisha FC.