PM salutes 1971 war martyrs on the eve of Vijay Diwas 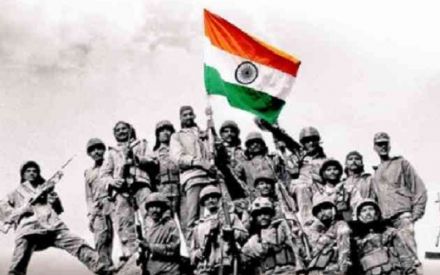 New Delhi, 16/12: PM Modi salutes the courage and bravery of 1971 war martyrs on the eve of Vijay Diwas. Modi said in twitter that the history created on this day by our brave and courageous soldiers will always be engraved in golden letters.

Every year, on December 16, the nation celebrates ‘Vijay Diwas’ to mark India’s victory over Pakistan in the Indo-Pakistan war of 1971 and remember the martyrs who laid down their lives during the war.