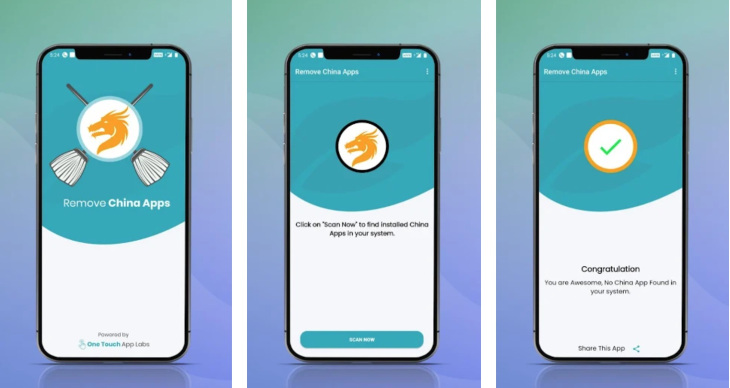 ‘Remove China Apps’, which became increasingly viral in India, has been deleted from Google Play Store. However, no information has been found about what is the reason for deleting it. This app, which deleted all the Chinese apps from the phone, was very much liked by the Indian users and has been downloaded by 10 lakh people in just 10 days.

This app has been developed by One Touch Labs, developer of Jaipur. People downloaded this app for the purpose of boycotting Chinese apps and products in India. Through this app, Chinese apps in the smartphone can be scanned and deleted. In this app, it was said that Chinese apps are not secure for users and after scanning such apps can be selected and uninstalled from the phone.

Google has suspended our #RemoveChinaApps from google play store.
Thank you all for your support in past 2 weeks.
"You Are Awesome"

No Community transmission in India yet: Dr Harsh Vardhan