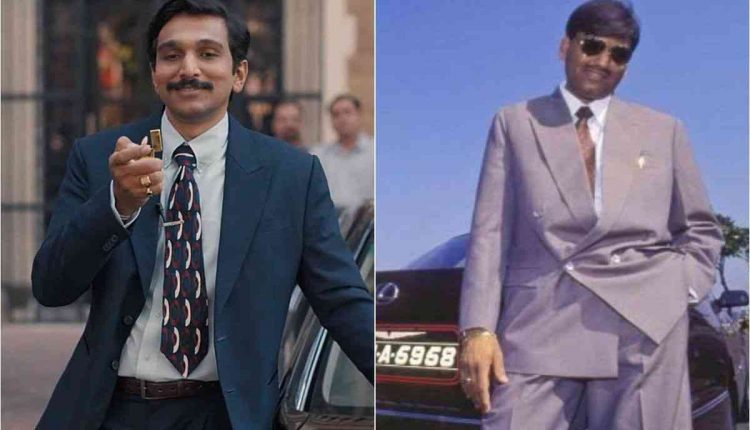 Based on Sucheta Dalal and Debashish Basu’s book “The Scam” and created by the genius of Hansal Mehta the series takes us on a ride through the journey of Harshad Mehta, the big bull of the stock market.

It is indeed commendable the way most of the scenes have been set in the pre-digital era.

It’s of course not your typical rags to riches story but the show of the rise and fall of the BSE(Bombay Stock Exchange). To be able to view it all from the point of view of someone who knows a bit too much about the stock market is quite a job. As per the normal targeted audience, it’s thrilling to go through it all, even though indirectly and with a closely 50% understanding of the terms of the market.

Despite that, it’s pretty easy to get hooked to as you will want to get engrossed within the loop of it. Hansal Mehta has mostly aimed at glorifying the undying capitalistic greed of Harshad Mehta and has rightly done so. Several scenes and points have been emphasized upon in such a way as to put him on a pedestal for recognizing the loopholes in the market and taking unfair advantage of them. Pratik Gandhi plays Harshad Mehta in the most inquisitive and brilliant way possible and sways his way through everything till the very end with his renowned dialogue- “Risk hai toh Ishq hai.” It’s as if most of the crimes have been done in a very smooth way and have been romanticized with the constant unafraid and risk-taking ability of Harshad Mehta. Gandhi is so good in the show that even if the real Harshad Mehta comes in front of me, and says he is the real one, I won’t believe him.

Shreya Dhanwanthary plays Sucheta Dalal, a Times of India journalist who has bravely brought it all out in the open. She’s the one who blows the cover of Harshad Mehta with the help of her relatively lesser-known sources. She’s been remarkably brilliant with her acting skills throughout. Shaking up the old money establishment and breaking the conventional methods that let him see through the loopholes of the market, he definitely did triumph the market but eventually, the journalistic reports by Sucheta Dalal exposed him big time. He was serving his time in prison when he died of a heart attack on December 31st, 2001. By the way, Mrs. Dalal was the one who introduced the word scam in India.

Anjali Barot who plays Mehta’s wife Jyoti and does a good job. Hemant Kher as Harshad’s brother Ashwin is first-rate, the rest of the supporting cast has lent able support. Special mention to Rajat Kapoor who in a brief role of CBI officer K Madhavan leave a lasting impression. Whenever he comes on screen there is this weird but pleasant tension. There should be a separate Web-series on K Madhavan altogether.

Scam 1992 works perfectly as long as it is tethered to what we know about Harshad Mehta.

The series begins to lose focus after the fraud and criminality of Harshad Mehta comes out in the open. No doubt he has been glorified for the most part of his life and has been the source for sneaking sympathy, yet we get to see a rigid and aggressive CBI officer who doesn’t care even an ounce for all of this and brings him to spill out the truth. Calling out Harshad Mehta’s bluff is Sucheta Dalal who is no less than a hero who saw the plight of the hundreds of people that suffered and the plight of Harshad Mehta who somehow had made them suffer.

The series is indeed worth giving a watch as it will keep one hooked for sure. Though the treatment of the show is very ‘filmy’ with a lot of ‘dialoguebaazi’ and slow-motion walks, but the story and screenplay doesn’t make it a typical Bollywood film(series in this case). The series doesn’t take too much creative liberty and stays true to its source material. This is the closest they could have come in portraying Harshad Mehta and the events of the scam. One of the things that will probably stay with us for some time now is the catchy music of the series and the endless optimism with which Harshad Mehta relentlessly took risks unafraid of the consequences.

And Yes it is the Best web-series so far in India!!!