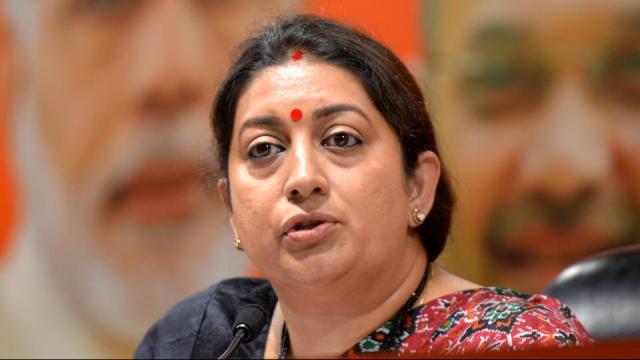 New Delhi,17/1: Union Minister Smriti Irani has blamed Aam Aadmi Party for the delay in the hanging of the Nirbhaya convicts.

She said, “Why was the prison department, which comes under the AAP government, sleeping after the dismissal of review petition in July 2018? Why did the government give Rs 10,000 and a sewing kit to the juvenile rapist when he was released? Didn’t they see tears of Nirbhaya’s mother?”

She also added that””I want to tell the Aam Aadmi Party that after the rejection of the review petition, because of you the convicts couldn’t be hanged in time. Such parties should be shamed- this is not only my party’s view but also of every law-abiding citizen of the country,”.

However, Aam Aadmi Party national convenor and Delhi CM Arvind Kejriwal rejected her claim and told the media that AAP has little role to play in this matter and BJP is playing politics in this sensitive matter.