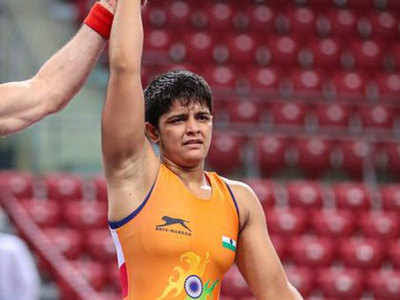 Lucknow,4/1: Olympics bronze medalist Sakshi Malik suffered a shock defeat in the qualifier for Asian Championship. Two-time world cadet champion Sonam Malik stunned Sakshi despite being down  4-6 in the second round but sensationally came back with a four-pointer to tie the bout 10-10 and won the match by criteria of winning the last point.

Similarly in another setback, Anshu Malik knocked out World Championship medallist Pooja Dhanda. Both Sonam and Anshu punched over their weight and cared little about the reputation of their opponent and caused the upset.

Irfan Pathan retires from all forms of Cricket