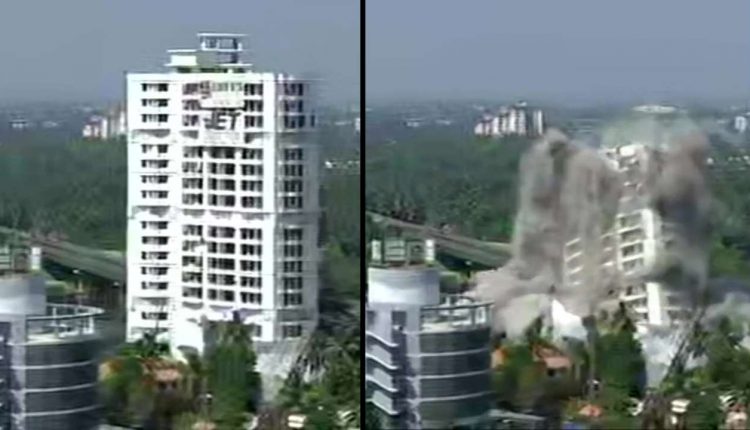 Kerala,11/1: Two out of four illegal residential apartment complexes in Kerala’s Maradu were on Saturday demolished through controlled implosion, in a gap of just five minutes.

Following this, the Alfa Serene complex with twin towers was demolished at 11:05 AM using the same implosion technology.

The Supreme Court had directed the Kerala government last year to raze the buildings for violating the Coastal Regulation Zone (CRZ) rules. The state government was also ordered to pay interim compensation to each flat owner