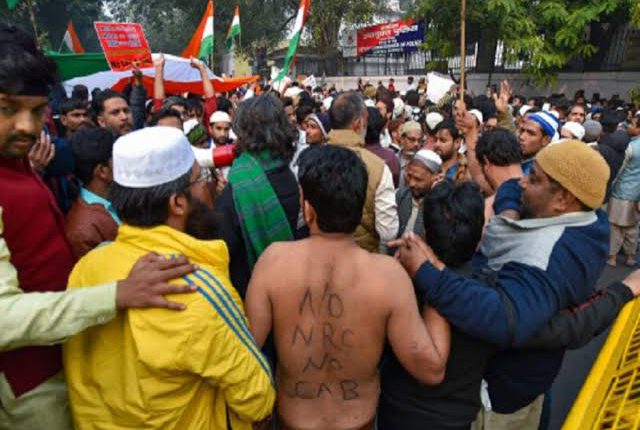 New Delhi,20/12: Protest against Citizenship Act turned violent in Delhi. Protesters pelted stone and torched cars outside their protest in India gate. Police used water cannons and lathi charge to bring the situation to normal. Some of the protesters are also detained by the police.

The violence near Delhi Gate came towards the end of a largely peaceful demonstration held in the area throughout the day. People protested against the Citizenship Amendment Act and even offered namaz in the evening.

Three people — one in Uttar Pradesh and two in Mangalore — have been killed in these protests. Several protesters and police personnel have also been injured.